The Rules are Made to Be Broken

On the Photo: Rules When Buying Puppies 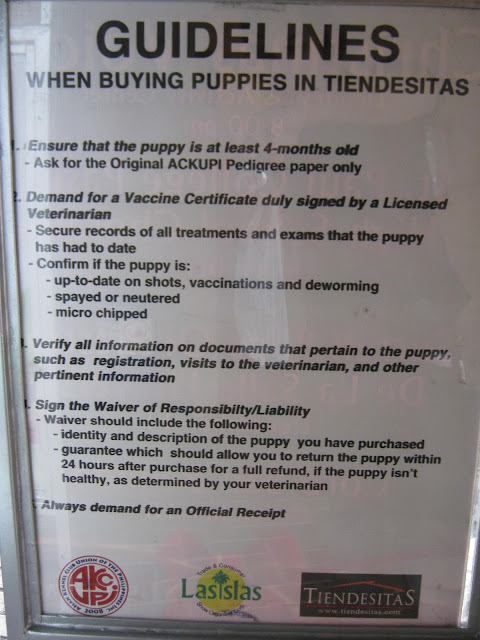 People are undeniably living under different sets of rules and regulations. The civilization of mankind came with the aid of rules. The government of whatever country is established from several sets of rules. Election, traffic, constitution, wage increase, online marketing, application for passport, enrollment in college, setting of gasoline prices, playing professional basketball , parking on malls, playing poker, dressing on occasions, visiting holy places, riding on public transports, programming codes, everything; there is a set of rules that must be followed.

On the Photo: Rules in Using a Club and its Facility 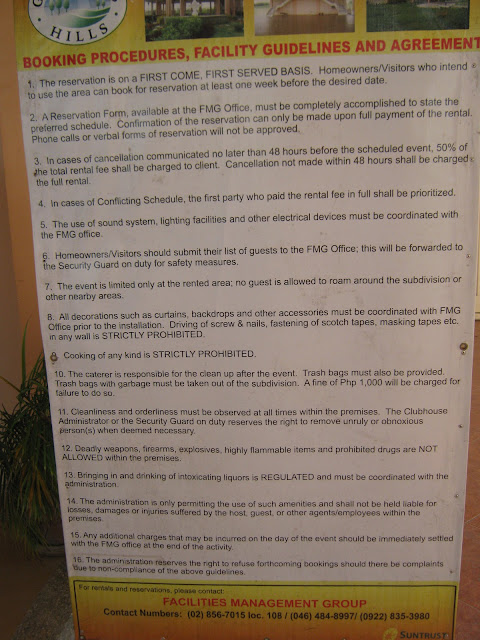 On the Photo: Rules About Proper Attire that Must Be Observe in a Holy Place 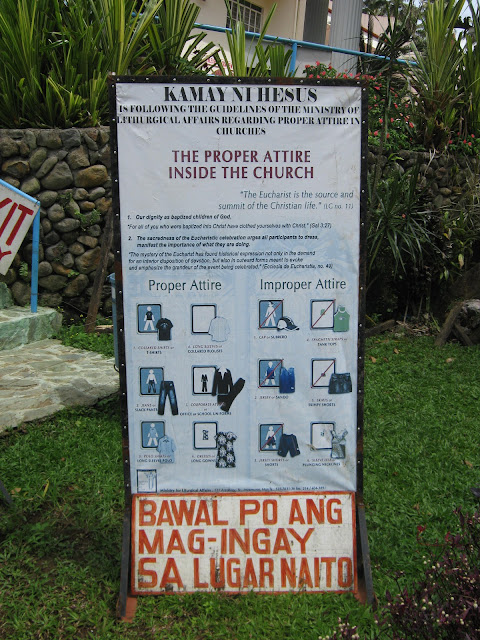 This is the price of the technology, of the economic development and of the man’s desire to move forward. There are millions of rules and what’s sad about it is that there are also millions who do not know them yet and could have been no more intention of knowing and following them at all.

On the Photo: Rules About Not Using a Plastic 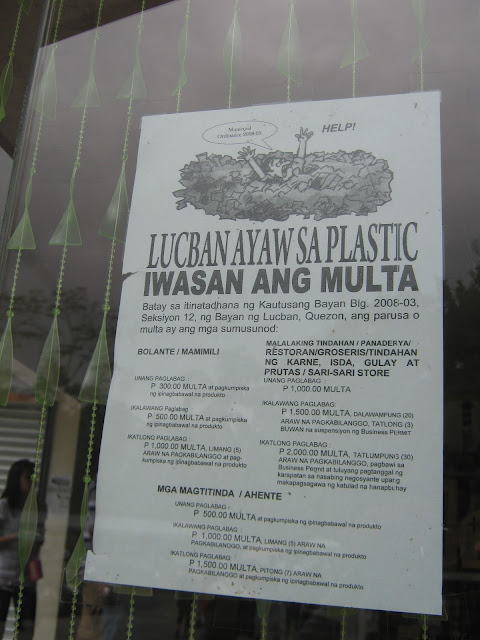 On the Photo: Rules When Bringing Pets on Public Places 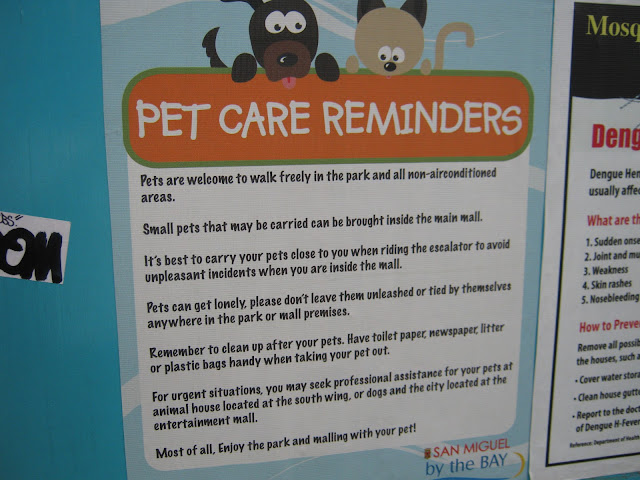 There are simple rules and there are rules that no one can understand but only the people behind it. Any rule has its equivalent penalty when violated. It is just the same with the third law of physics: law of action and reaction.

On the Photo: Simple Rule on a Urinal System 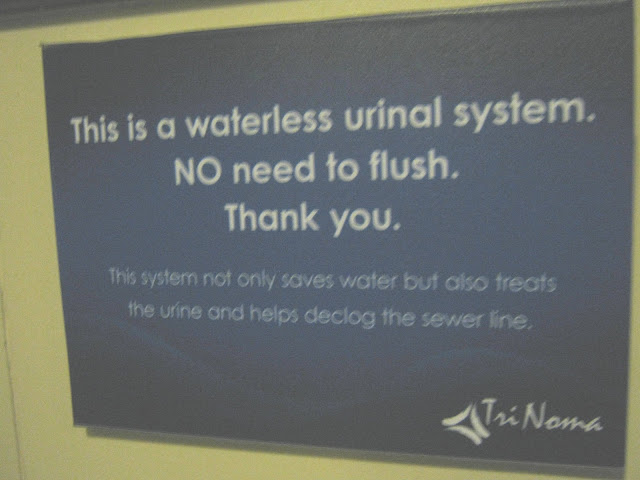 Regulation according to Wikipedia is controlling human or societal behavior by rules or restrictions. The Philippines and the Filipinos: is there a regulation that exists between them? Who is in control and can they control the humans involved? Or is it that people do not want to be controlled?

On the Photo: Rules About Parking in a Shopping Place 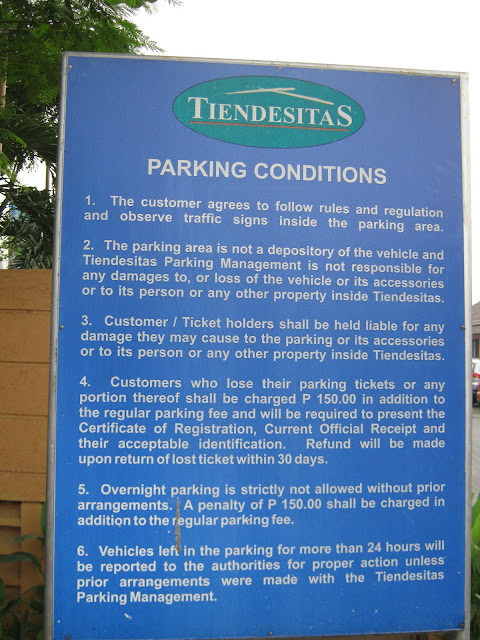 Everyday we are facing different rules, many rules. Is there something that needs to be changed about rules?

Obey the rules by educating ourselves. Why not visit our website at www.projectnoriel.com to learn more about rules that will teach you how to do business?

March 13, 2011
We visited Kamay ni Hesus in 2011. That big statue of Jesus Christ, similar to that one seen in Rio de Janeiro in Brazil, is a magnificent wonder. Probably, this hidden place in the province of Quezon is not yet known to the world. Then this post is a good starting point to share it. More than 85% of the Filipinos are Catholics. Many are truly devoted. Some are not. This holy place is a place of worship for many Catholics. At about 50 feet tall, this statue of Jesus Christ is a magnificent structure made even more noticeable when placed on the mountain top. About two thousand to three thousand visitors come into this place everyday to pray, to stroll and to witness the beauty and holiness of this man-made mountain park. On the Photo: A view from the Foot of the Mountain at Lucban, Quezon, Philippines Kamay ni Hesus “Kamay ni Hesus” in Lucban, Quezon is proving it all. A structure, a park , a holy place – many believes that it will last for a lifetime. On a larger scale, Chris
Post a Comment
Read more

December 18, 2011
They call it the 168 Mall. It is one of the busiest places in the Philippines during shopping days like Christmas season when longing for enjoyment and relaxation is on the air once again. From Cavite, my home place, going to Divisoria, it will take you about an hour travel under normal traffic flow. What is in this place? Well, Divisoria is the Bargain Shopping Capital of the Philippines . This is where wholesale and retail prices make shoppers say “WOW!” on delight. Visiting this place will definitely give you a realization about shopping on a different dimension. Find out why on the next paragraphs. On the Photo: The Popular 168 Mall in Divisoria, Manila, Philippines Divisoria is located in Binondo, Manila. It is accessible via Quiapo(where the famous Black Nazarene of Quiapo Church is) thru Recto Avenue and via Lawton near Manila City Hall. Divisoria has been there since the early 90’s. As it is near the North Harbour, Manila’s main seaport, the freshest and cheapest produc
2 comments
Read more

January 30, 2018
Maybe in this post, I can clearly explain how “fixing” works in many government offices in the country. The idea is first, to warn you that such illegal fixing happens, and second, to give you tips on how you should avoid them. Plain and simple, we will not in anyway damage or speak against anyone or any particular office of the government in this post. It just happened that this is about my experience with LTO and SSS Tagaytay. I want to emphasize that still many government employees in the Philippines are doing their jobs right - including those who are working in the said branches. If you have experienced transacting with any government offices here in the Philippines, whether you're a Filipino or not, you should already be familiar with these signages. NO TO FIXER Banner in an LTO Office NO NOON BREAK Banner in LTO Tagaytay Here’s a bit of knowledge for you to digest first. What is “fixing” or who is a “fixer” by the way? In the Philippines, these good w
1 comment
Read more

March 30, 2013
At the turn of the millennium, the Philippine government launches this campaign program calling the overseas Filipino workers or OFWs as “Mga Bagong Bayani ng Bayan” (Modern Heroes of the Nation). From then onwards, different organizations established programs giving awards and recognitions to selected OFWs who did a remarkable contribution or action to their family, friends, work or in general, to the country. OFW ka ba? Bakit? Eh kasi dating mo pa lang, mayaman ka na. Boom!  (Are you an OFW? Why? Because with just the way look, it seems that you’re rich. Boom!) My Cousin Dado as an OFW in South Korea  At present, OFWs around the world are estimated to be around 12 – 14 million. This is approximately 10 – 12 percent of the Philippines total population. These OFWs are distributed on many countries all over the globe majority of whom are in Saudi Arabia, United Arab Emirates, Japan, Singapore, Hongkong, Taiwan, South Korea, and Italy. Immigrant workers in the United States, Aust
Post a Comment
Read more

November 03, 2017
In 2016, my friends traveled to the northern part of our country – in Ilocos region. The views there are truly amazing, so I decided to create this post about Ilocos Norte. No wonder, some of the places I am going to share here do exists in the Philippines for centuries. Yes, that old! Not only that, I researched more facts about these places that may help you appreciate more the beauty or importance of them. Ready to be fascinated? Here we go. Sand Dunes, Paoay, Ilocos Norte The Sand Dunes in Paoay Ilocos Norte is in some ways comparable to the desert safaris found in Dubai, Abu Dhabi and Marrakech. Land cruisers or 4x4 rough terrain vehicles will tour you around the dunes. The place is also known as the Ilocos Norte Sand Dunes (INSD) and is considered a National Geological Monument. The locals call it La Paz Sand Dunes or Bantay Bimmaboy. Notable feature of this tourist destination is that it is an 85 square kilometers dry zone facing the West Philippine Sea. Today, adventu
Post a Comment
Read more