Dear Mr. President, Look at Our Country and Let Us Change It

May 07, 2011
There is something wrong with our country. I know you wanted to change it long before you were not yet the president of this country. I know the difficulties in providing permanent solutions to the cancer of this society. The thinking of the people is so much polluted and it is literally reflecting on the environment where we live. Our government, the organization where you are the leader, has tried many times and still keep on trying to lift up the dignity of this nation. But I know it’s really hard. Not all are listening while others are paying and convincing others not to listen at all. And obvious does not call for proof.

On the Photo: The Way of Life on a City Street in Manila Philippines 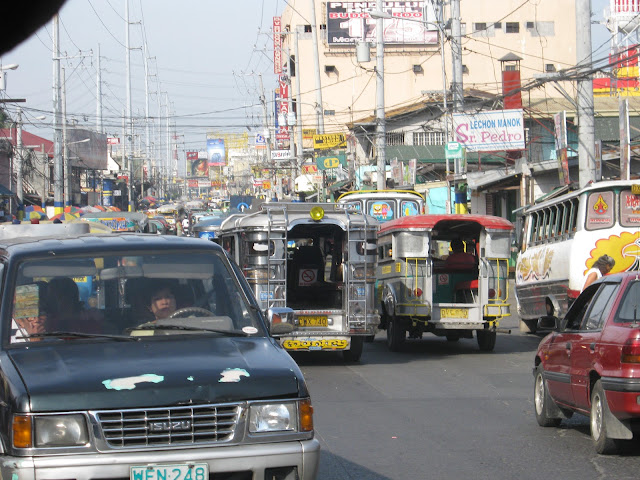 On the Photo: The Street that Became the Venue for Street Stores in a Place in Manila 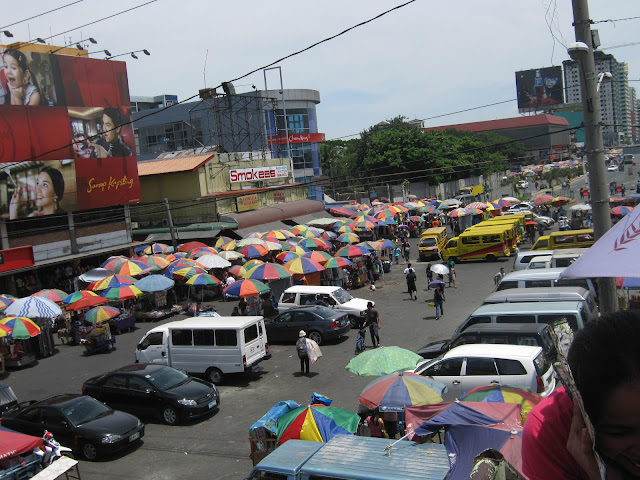 Mr. President, look on our streets and the reality is there. Visitors, tourists, foreign nationals, ambassadors, emissaries, whatever we call them; they are seeing these facts with their own eyes. The rules are so many yet the followers are almost none. Many are praying yet very few are only being heard. Many are showing their courage and perseverance yet still they cannot surpass the situation. Can you see these things Mr. President?

On the Photo: The Street of Baclaran, Manila 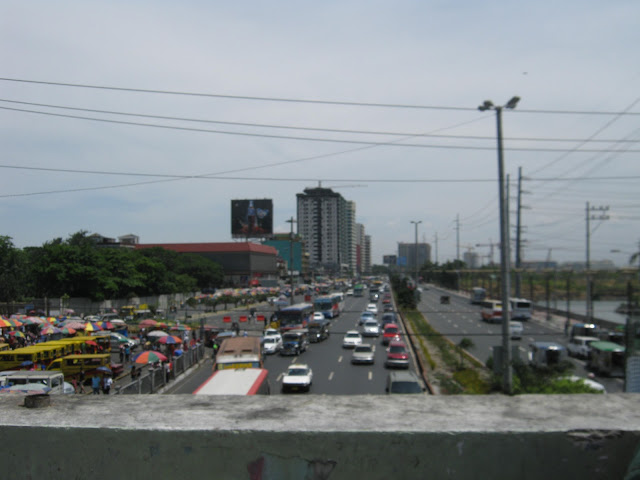 On the Photo: A Guy Selling for a Seller Just to Earn A Living 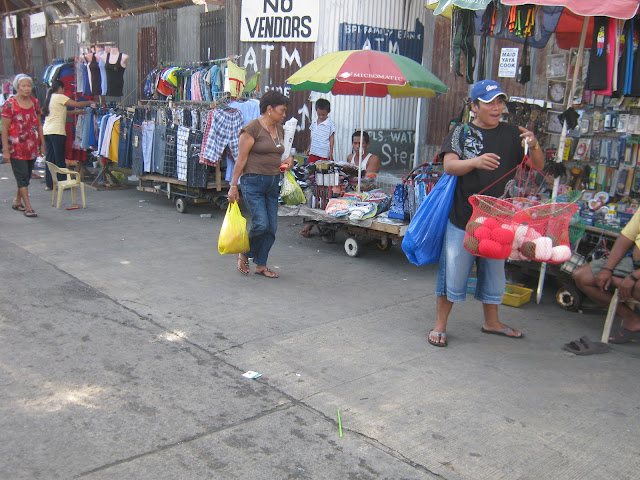 On the Photo: A Mother with Her Daughter Selling Foods on the Street 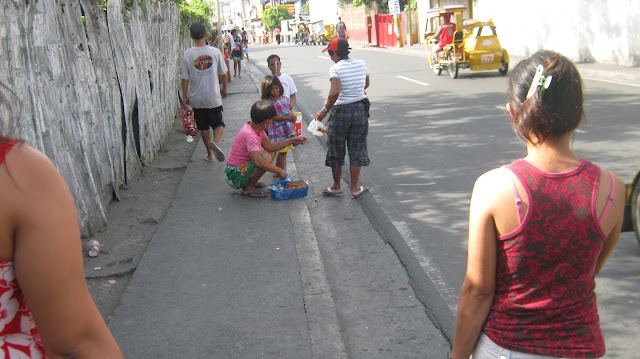 On the Photo: An Old Man Still Selling Children's Book 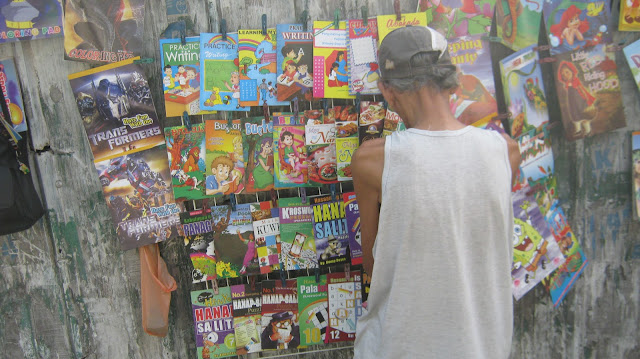 On the Photo: People Selling Air Balloons Under the Heat of the Sun 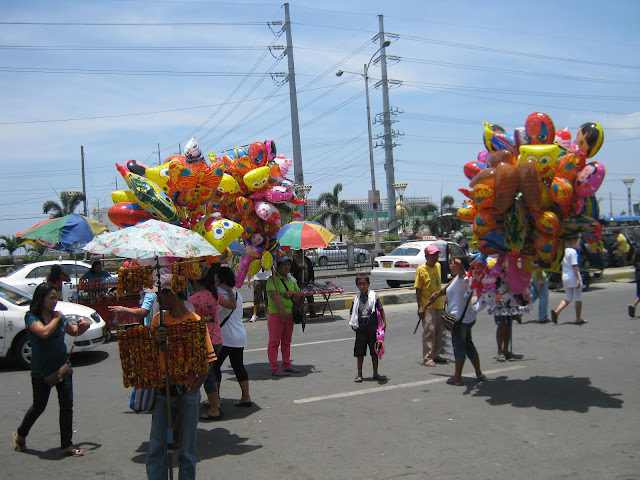 On the Photo: A Woman Showing Her Devotion and Way of Praying 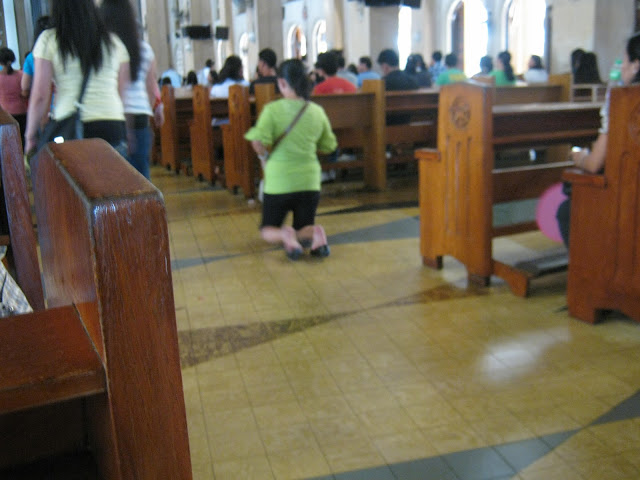 Can you smell the odor of our cities? They are not good. There are ordinances, curfews, law enforcers, policemen, tax watchers, traffic men, labor employment agencies, anti-poverty organizations, clean water act, illegal connection law, and whatever the government is implementing across the land; look at the results. Many are violating the law Mr. President. Do they know the law? They might be informed yet ignorance is stopping them from obeying these things. How much a law cost when passed and amended by the house of legislation? Are not those money enough to educate first the humans who will be obliged to follow these rules?
On the Photo: Sidewalk Vendors Selling in Front of a Police Station 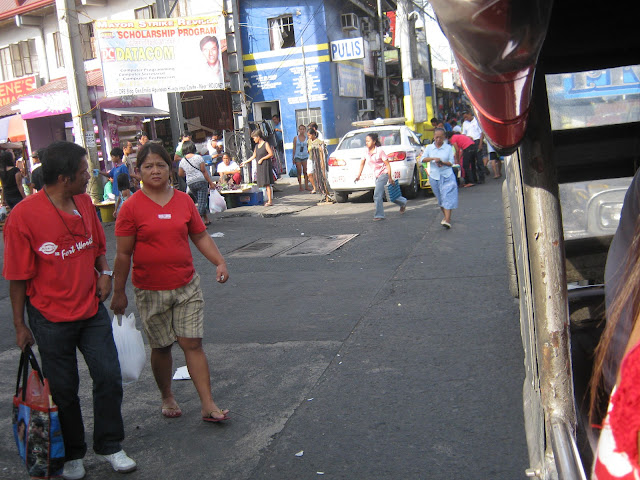 On the Photo: A Man Using the Public Urinal Beside the Street 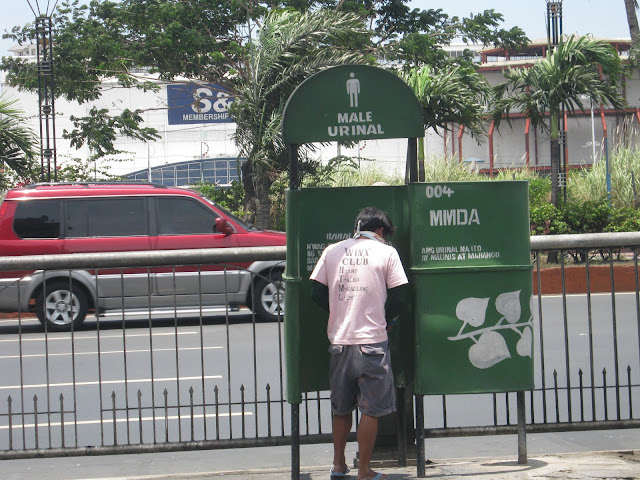 On the Photo: A Cart Guy Collecting Cartons and Garbage as a Source of Income 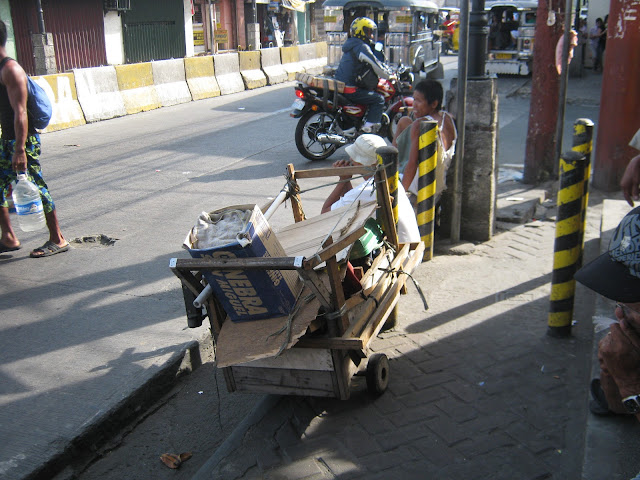 On the Photo: Fire Prone Wiring and Cabling at the City 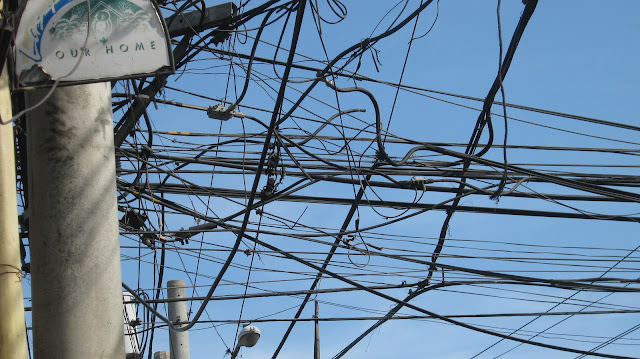 On the Photo: A Pedicab Driver Who Fell into Sleep While Waiting for Passengers 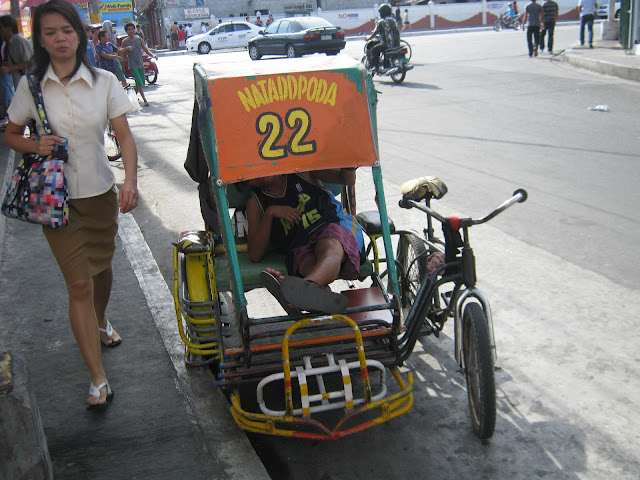 On the Photo: A Polluted Foul River Near the Street Side 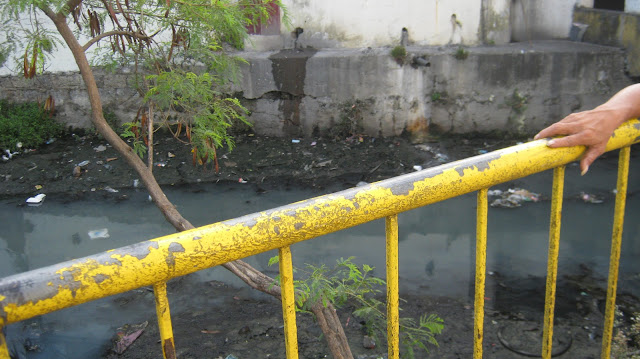 On the Photo: An Old Woman Asking for Alms Under the Heat of the Sun 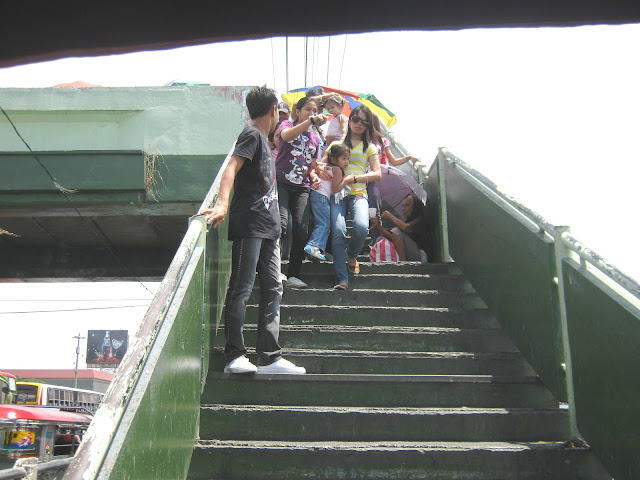 Mr. President I know you want to change the image of our country. So am I. But I know I would be dead before every single citizen of this nation will listen to someone like me who is just ordinary. I have the ideas yet I am not certain if someone who has these money and power will listen to those ideas of mine. I want to try different things, different approaches, solutions that cannot be bought by a television interview or an offer for advertisements once proven effective. But who am I?
On the Photo: A Dog Waiting for Food to be Thrown by By-passers 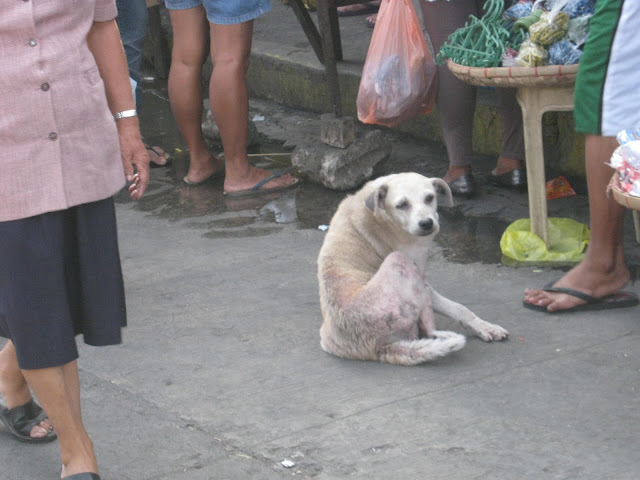 On the Photo: Salt for Sale on the Smokey Street Side 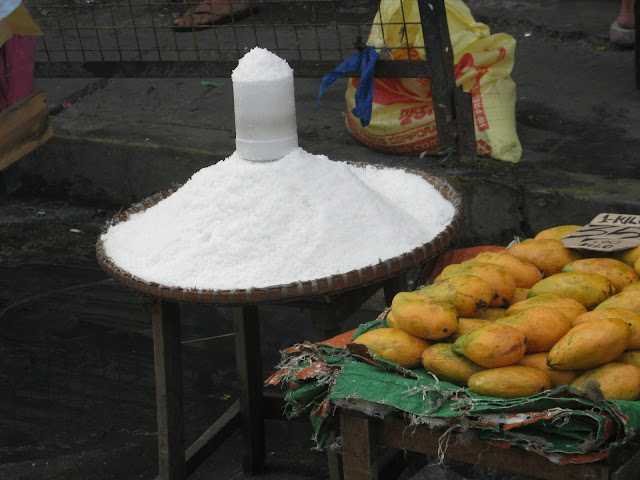 On the Photo: Rice Cakes for Sale Occupying the Sidewalk 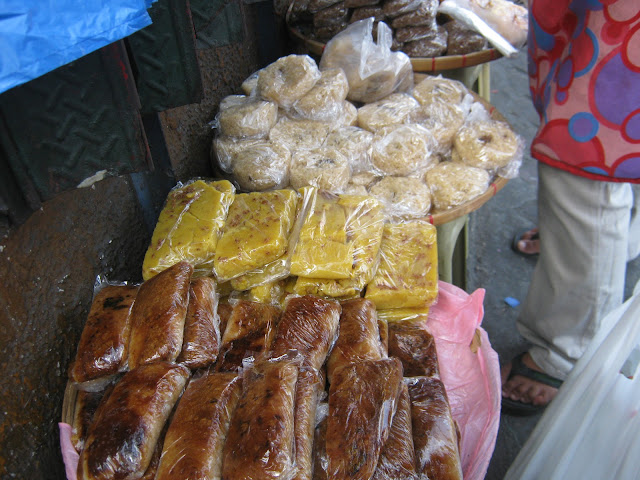 On the Photo: Thousand of Filipino Catholics on their Devotions 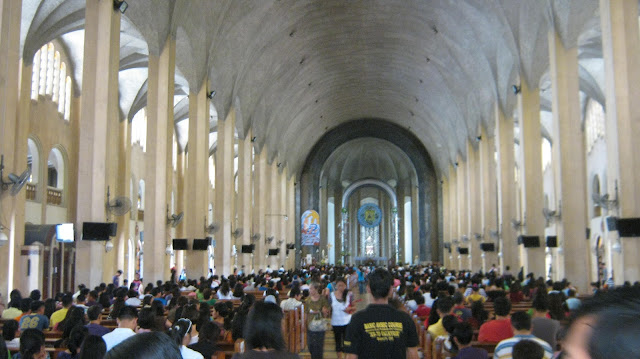 On the Photo: Vendors Occupying the Street 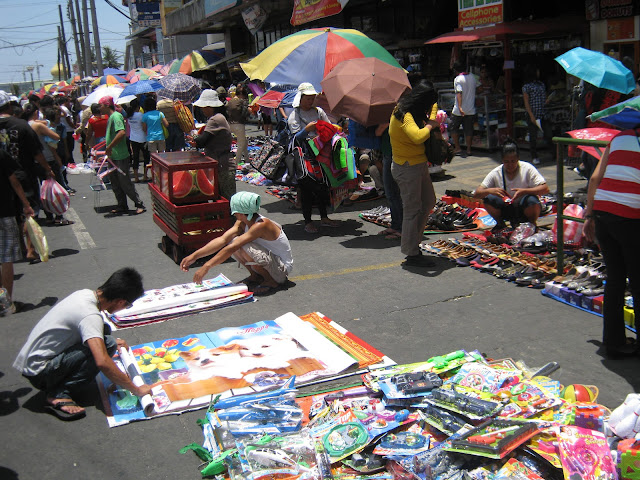 On the Photo: Commodities that are Typically Sold on the Hardware are Also Sold on the Streets 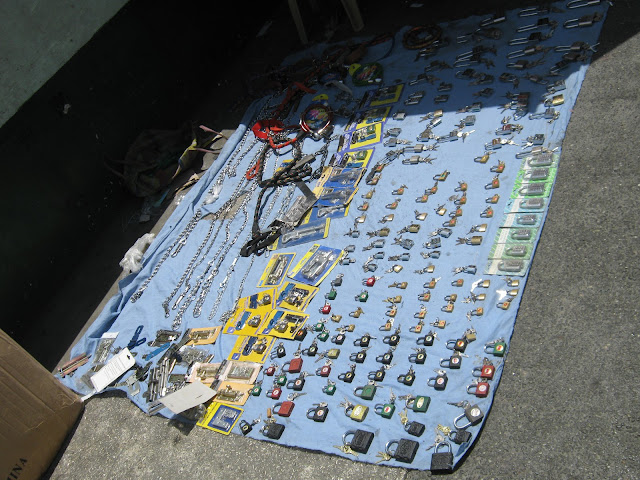 I know that this saying is quite familiar to you: “Nilalamon tayo ng ating sistema” (We are being drowned by our system). Every year we have the budget to feed the millions. Each year we have new facilities to serve the nation. Almost every year you are preparing for the state of the nation. Every year workers are rallying at EDSA shrine and Liwasang Bonifacio. The whole year round the BIR is collecting the taxes. Many things, we called solutions, are happening each year. They are not enough Mr. President. There is certainly something wrong going on and many knows it.
On the Photo: For Sale Puppies on the Cage 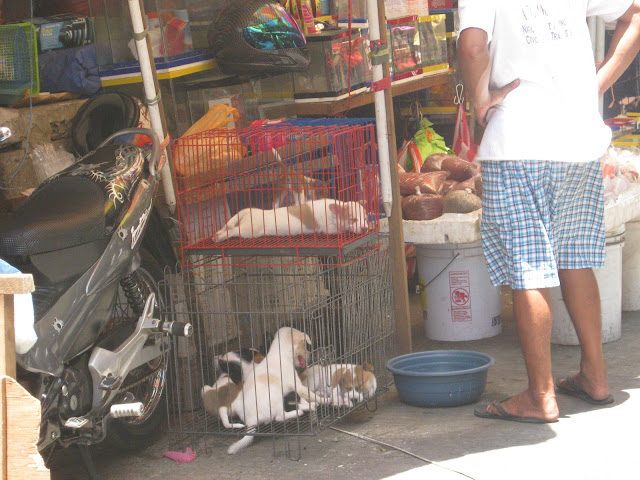 We are not yet free dearest Mr. President. I believe that there is something wrong with our culture and the dignitaries that molded it are the reasons behind our selfishness, corruptness, foolishness, and “crab mentality” idealism. But they are already part of the Philippines history and today is the most important history that we need to make. Mr. President I really want to help you and the nation. I will pray again and I will act more with the simplest ways that I know.
I will teach people how to plant seeds. I will teach people how to pick up the garbage. I will teach people how to buy cheap things in the market instead of expensive things in the malls. I will teach people the right way of praying. I will teach people how to follow the rules. I will emphasize to the people who will listen to me that Americans, Japanese and foreigners stepping into our land also have body parts like us and they are not humans of the higher class. I will share the learnings that I gained from the university despite of poverty. I will try all of these things and it’s so near.
I have the directions in my mind even though I am lacking out of money and support. But I will not beg to anyone, even to you, these pre-requisites of changing our nation. What I want is to remove the pollution in the minds of the people who are stopping our nation from moving forward and fast. And I want to influence them with my deeds that hopefully they will act on their own as soon as possible without the price to pay them in return. I would just pray for the good people who keeps on trying to lift our nation from its many problems. It would be slow Mr. President, really very slow. But I will. But if ever I can’t do these things to every Filipinos in time, I’m really so sorry Mr. President. But at least, like you, I tried.
Mr. President, let us change everything wrong today. Thank You.

Struck with the real situation of the country? Why not start a change? Learn about moving forward now. www.projectnoriel.com has a lot of life-changing ideas to share with you. Visit our website or contact us at norielpanganiban@gmail.com.